Punjabi Film Industry surely is making fans happy with continuous surprises. While on one hand some movies have already been released and various are scheduled for their release soon. There are also various filmmakers who are announcing their upcoming projects. And for now, we have got our hands on exclusive news, which actually is more like a rumour right now.

If you are a fan of Sargun Mehta and Gurnam Bhullar, then this news is going to make you the happiest. Because you might get to witness their charming on-screen chemistry in an upcoming Punjabi movie. As per some sources, Punjabi actors Sargun Mehta and Gurnam Bhullar are currently busy shooting for their upcoming movie in the UK. The movie will be titled, ‘Nigaah Maarda Aayi Ve’, and no more details about the same are out yet.

For now, it is also not confirmed if the rumours are true or not, but we believe there is no harm in expecting this amazing surprise. We have watched Sargun Mehta and Gurnam Bhullar work together in the super hit movie Surkhi Bindi, and we were so in love with them. They also have another movie ‘Sohreyan Da Pind Aa Geya’ lined up for release, and in such a situation, an official announcement of their third project will be amazing like icing on the cake. 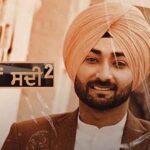 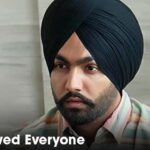