Bollywood actor Salman Khan who is a well known face across the world has recently moved Mumbai court as he filed an official complaint against video game ‘Selmon Bhai’ which is allegedly based on Salman Khan’s Hit n Run case. The superstar actor had filed the complaint last month claiming that the game displays a character which is a caricature version of him. The Mumbai court has put a temporary restriction on the access and availability of the game on Google Play Store or App Store.

“Upon watching the game and its images, it prima facie matches with the identity of the plaintiff (Khan) and to the hit-and-run case connected to the plaintiff.

When the plaintiff has not given his consent for developing of the game, which is very similar to his identity and the case against him, certainly his right to privacy is being deprived and his image is also being tarnished”

And since the game was made available without the consent of Salman Khan, the court restrained the makers of the game, Parody Studios Pvt Ltd and its directors, from disseminating, launching, re-launching and recreating the game or any other content relating to the actor.

Salman Khan’s Hit and Run case is from 2002 when he was accused of driving when his car ran into a bakery resulting in death of one and three injured. 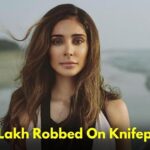 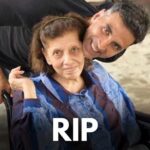