Sangrur Lok Sabha constituency of Punjab is considered to be a stronghold of the Aam Aadmi Party or say Bhagwant Mann who won this seat in 2014 and 2019 parliamentary elections. But now, as he’s the chief minister and an elected MLA from Dhuri assembly, he had resigned as an MP, due to which the by-polls are to be held in Sangrur on June 23 as the parliamentary seat is vacant.

Less than a month is left for polling, the political parties have started preparing for this by-election. The Aam Aadmi Party has announced Gurmail Singh as its candidate from Sangrur Lok Sabha seat. Gurmail is a grassroot worker who’s the Sarpanch of Gharachon village and party’s district incharge. While the Shiromani Akali Dal (Amritsar)’s chief Simranjit Singh Mann had already announced that he would be contesting the by-election from this constituency, the Shiromani Akali Dal (Badal) and Congress are yet to announce their candidates.

Meanwhile, the Shiromani Akali Dal (Badal) hasn’t announced its candidate yet, party president Sukhbir Singh Badal has urged Simranjit Singh Mann, chief of SAD (Amritsar) to support the proposal of fielding a candidate from amongst the family members of Sikh prisoners, though Simranjit has already announced his own candidature. However, after Moose Wala’s murder, there’s an anger amongst the people against the AAP govt for scaling down his security, due to which, it’s expected that the by-polls which were assumed to be an easy and one way fight for the Aam Aadmi Party, have turned into an interesting political battle. 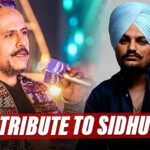