Bhushan Kumar and Sanjay Leela Bhansali are coming together for an upcoming romantic –action-drama film has been directed by Taranveer Singh. The film starring newcomers Anmol Thakeria Dhillon (son of Poonam Dhillon and producer Ashok Thakeria), is going to release on 19th February 2021.

Taran Adarsh took the news to his social medi accounts and shares the news where he captions:

According to an old report, Sanjay wanted to cast Kiara Advani and Shahid Kapoor for the main lead but now according to the latest poster, Jhataleka Malhotra and Anmol Thakeria Dhillon are all set to debut with this film. And on the other hand actress Zoa Morani also playing an important role in the film. Tuesdays & Fridays is bankrolled by Sanjay Leela Bhansali and Bhushan Kumar. The film is a tribute to Salman Khan & Sri Devi, as Anmol Thakeria will dress up like Maine Pyar Kiya’s Salman Khan and Jhataleka will relive Sridevi’s avatar from the iconic film Lamhe. 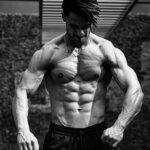 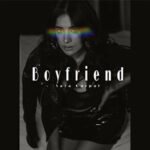