The list of most awaited upcoming Punjabi films has an amazing multi-starrer movie in it. Saunkan Saunkne is one of the most anticipated Punjabi films of recent times. It stars Ammy Virk, Nimrat Khaira and Sargun Mehta in the lead and pivotal roles. This movie was on a pause for many days, and now it finally has a fresh release date.

The film has all the elements to be excited for. We have seen Ammy Virk and Sargun Mehta sharing the screens of course. We have also witnessed Nimrat Khaira and Ammy Virk on the screens in the song Soorjan Wale but we haven’t anytime seen all three of them together and Saunkan Saunkne is the film that is bringing three of the top-rated stars all together on the silver screens.

Saunkan Saunkne was awaited for so long and it was in August last year when the makers announced the movie to be released in 2022 on 14 April, but the team was themselves unsure because of the obvious COVID restrictions. Seeing the current situation the release date has been pushed even before the arrival of the previously set release date, and is now scheduled to be released on 6 May 2022.

Saunkan Saunkne artists have shared the fresh release date with a beautiful poster on their respective Instagram handles. The movie is written by the very amazing writer Amberdeep Singh and is directed by Honsla Rakh director Amarjit Singh Saron. This multi-starrer movie will be released under 3 production houses which includes one, that of Sargun Mehta’s own production house, Dreamiyata Pvt Ltd.

Music for the same is done by the very popular Desi Crew and the songs will officially be out under Tips Music. We are anxiously waiting for this movie to be finally released in the theatres soon as this is not a random movie but it is a special one for many reasons and one among them is the amazing starcast.

ALSO READ | Do You Know Nimrat Khaira’s Best Co-Actor Till Date? Here’s What She Revealed

Let us wait for 6 May 2022 to arrive and we would be witnessing one of the most awaited Punjabi movies in cinemas. 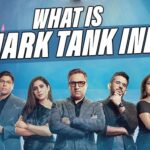 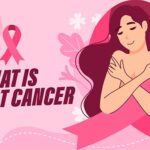