Putting things straight, Shahi Majra is a murder-mystery but the kind of which we’ve never seen before. It narrates the story of Agam Mann, played by Nikeet Dhillon, a simple village girl whose path of life takes her on a trip to become a celebrity.

Agam arrives at a Girls PG in Shahi Majra. What feels like a common PG, turns out to be a base of drugs and drug-addicted girls. Agam ultimately falls prey to the appealing yet dangerous city lifestyle and her life takes an unexpected twist.

A dark murder in the Shahi Majra brings Sawan Rupowali’s character, a cop, in the story. She is ruthless and rude yet her character is surrounded by some unanswered mysteries too. We don’t get to see too much of Ninja’s character in the trailer but as it is said, the best is always held back.

There’s Babbal Rai, Honey Mattu and many more actors who’ll seem to have a big role to play in the story but have been held back in the trailer. Director Prem Singh Sidhu might have just created one of the best web series we’ve ever seen, but that can only be said when the series actually releases.

In short, Shahi Majra is a murder-mystery but not limited to it. It has various dimensions of the story running alongside and each character carries a certain weight to themselves. The murder, Agam’s story, the mysteries, the backstories and the solution together weave into an amazing web series that Shahi Majra could prove to be.

It will be officially released on the Punjabi OTT platform Chaupal, on 12 August at 11 am. The story of Shahi Majra feels very authentic, intense and intriguing and there’s no doubt to the fact that this could turn out to be a game-changer for Punjabi web series and the genre of murder-mystery in general for the Punjahi Film Industry. 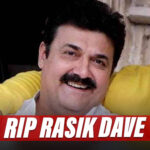 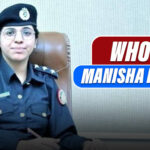