During the time when busy schedules and back to back matches make it extremely difficult to carve out time for oneself, Shikhar knew that how to manages as he organizes a Sufi night. As he hosted a sufi night at his house, where Lakhwinder Wadali won the hearts of everyone.

We all know that in the history of folk and Sufi music, The Wadali Brothers, Puranchand Wadali, and Pyarelal Wadal have carried on the legacy of famous saint poets such as Bulle Shah, Kabir, Amir Khusro and Surdas, and have written mesmerizing verses. And now Lakhwinder Wadali is continuing his family tradition, in his recent Instagram story he is seen singing a famous song of Rahat Fateh Ali khan “Dillagi”

Lakhwinder Wadali, who hails from one of India’s oldest Sufi gharanas, wowed the crowd with his music. Shikhar Dhawan gifted him a Rado watch for his mind-blowing performance, wherein other stories Wadali is also posing with Shekar Dhawan and Amrit Mann. 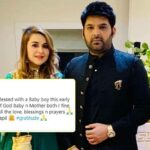 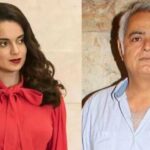