The Shershaah couple Sidharth Malhotra and Kiara Advani is a real-life romantic pair also that’s painting the town red. Though this couple has always tried its best to ignore questions and hide their relationship, the netizens and paparazzi are smart enough to make them blush.

Amid reports of them getting married in April 2023, the couple is also planning to level up their relationship by one step. Yes, there is something new that both Sidharth Malhotra and Kiara Advani want to try in their relationship. They are planning to follow in the footsteps of Ranbir Kapoor and Alia Bhatt.

Yes, just like RanAlia, now Sidharth and Kiara Advani might shift together into a new house for a live-in relationship before finally getting married. The couple has reportedly started the hunt for their dream home. It is also said that if they fail to find an appealing place, then Kiara will shift to Sidharth’s house.

A source close to the couple stated, “Sidharth and Kiara are extremely prepared for their marriage as they know they are one and need to do just formality if getting married. And how they have given thought of being in live in before they get hitched. There are lots of Bollywood couples who have stayed together before getting married and one of them was the latest B town couple who got hitched, Alia Bhatt and Ranbir Kapoor.”

The source also added, “Sidharth and Kiara have decided that they might soon see a new house to live in together that has a good space for them. However, if they do not find any suitable house, Kiara might shift to Sidharth’s Bandra house and they will start living together.”

Recently Sidharth Malhotra talked about his wedding rumours with Kiara Advani and dodged the question with an indirect answer. He said, “It’s difficult to keep a secret as somewhere or another will come out. No, it doesn’t bother me. After 10 years, I don’t think there is anything to be bothered about.”

All the fans of Sidharth Malhotra and Kiara Advani are excited about this wedding and waiting for the couple to officially announce the wedding soon. 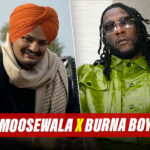 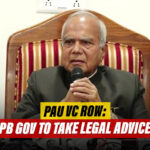