Sidhu Moosewala again in trouble with the police. Sidhu was driving near Nabha Bada gate where police stopped and Fined him for violating traffic rules as both cars had black window films.

In this video, you can clearly see Sidhu is not very happy and is asking people not to shoot the video. He was let go after formalities by the police department, but noteworthy thing is that Sidhu is hasn’t got bail yet, and still, no action was taken by police. While these cases keep happening now but when a celeb is involved it gets extra limelight. Sidhu is anyways controversies child but we don’t think he cares much about them anymore.

A few days back Mankirat Aulakh‘s car was bound by police and he took social media to express his disappointment with media, while he didn’t have anything against police.

We will keep you updated on this! 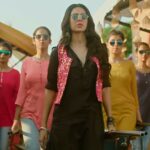 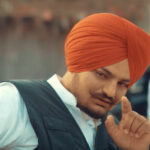