We already updated you with the news of updated sections 25,30 in both the FIRs against Sidhu. Now the latest update on the case is the action of Sangrur Police for the same. Since the FIR is now a non-bailable offense, special teams of Sangrur Police have started raids to arrest the accused.

SP, Punjab Bureau of Investigation Gurmeet Singh said, “Since after the addition of Sections 25, 30 of the Arms Act in the FIR registered against Moosewala and others, now it is a non-bailable offense. We have formed special teams and started raids to arrest the accused”

The brief details of the actual case include the viral Tiktok video of Moosewala, in which he is being taught the use of AK-47 by some Policemen, where the weapons used were official service weapons of Punjab Police. For this FIR was registered against Sidhu and 5 involved policemen. And also, within 24 hours of this case, one more video went viral in which Sidhu was seen firing from his Private Pistol, which leads to double the FIR registered against him. 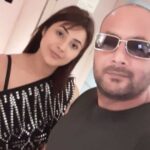 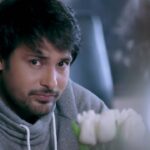