Sidhu Moosewala is the Pollywood King as he has a mad fan following, we all know that when he launch his any track, the song breaks all the records soon after its release
Recently, supermoon shared a video on his Instagram account where he is seen painting a portrait of famous Punjabi singer Sidhu Moosewala and also wrote the caption: Supermoon ft. Sidhu Moosewala World Livestream Concert & Life Story.
Coming Soon. @sidhu-moosewala

Ranjit Bawa Moved Into A New House For New Beginnings

It’s gonna be super exciting to see her first-ever virtual concert, where he talks about his life story, struggling period, even the controversies he faced, previously actor launched his new single track which was based on farmers protest titled ‘Punjab’, the song hails Sant Bhindranwale in his song on farmers’ stir. This is widely being shared over social media and song has been watched by 2.4 million of people in 23 hours on YouTube. 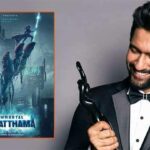 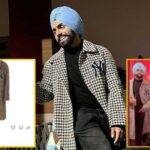