We have finally reached the 10-track mark on the long Moosetape album. Sidhu Moosewala dropped the 10th track, Signed To God, on his official Youtube channel. The song marked the entry of Steel Banglez and JB as music producers in the album, alongside The Kidd.

The quick and swift beat by The Kidd, Steel Banglez and JB is powering the song up. You cannot just sit idle and listen to the song, the beat will make you wobble your heads, get up and savour the perfect music for the composition.

Sidhu Moosewala defines himself as a killing machine for his antics in the song. He’s been designed to demolish his enemies. The man will not ‘Rest In Peace’ after his death, rather his work will make him ‘Rest In Power’. And the lyrics are true in every sense for the artist.

Raf-Sapera’s video work makes the song even more perfect. We got to see instances in the music video from the official teaser of the Moosetape. The music video is solely enough to pump you up, such is the aura of it. When you combine this explosive video with the song, you get a perfect track like ‘Signed To God’.

The ‘Ultimatum’ skit, which came out hours before the official song release, had already made a statement, something big was coming in. The song feels like it will mark a change in the album and Moosetape is about to take a complete change. It is also the first international collaboration on the album, with Steel Banglez getting on the beat. The song is sure to add a crisp and pumping track to your playlists, so get on with it already! 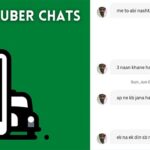 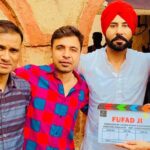