Two days before a video went viral in which a Sikh boy is being attacked by two American kids. During the fight his patka (a piece of cloth worn by Sikh kids to cover their heads) got off and the kids started laughing and also both boys beat him. The video is from Telford, England. It is believed that the assault took place on Friday, November 13 when the students were on their way back home from their school. Charlton School, Telford has identified the boys as their students and said they took an “appropriate action” against the boys.

The official statement of the school read “We have taken swift, immediate and appropriate action, including sanctions and targeted intervention for the perpetrators.”

“A police investigation is ongoing, and we are co-operating fully”,

“We are in contact with the parents of all those involved, who tell us they are satisfied with the actions we have taken. The school is also working closely with the local Sikh community and its leaders at this time.”

Even Ravi Singh (Founder of Khalsa Aid ) tweeted about the incident and said that ‘This is unacceptable and shocking and school must take immediate action & bullying and racism should not be tolerated.’

This is unacceptable and shocking !! The school ( @charlton_school ) must take immediate action ! Bullying and racism shouldn’t be tolerated ! @lucyallan @WMerciaPolice https://t.co/UajBedEG3m

West Mercia Police said:
“We are treating this as a hate crime and with the utmost seriousness. Our inquiries into the motivation around the incident are continuing and we are working with our local communities to provide reassurance.” Such racism and assault is unacceptable and should not have happened and Team Kiddaan fully condemns it. 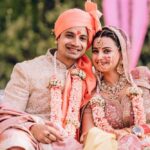 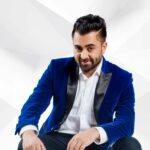