An incident of pure bravery was seen at the border of the Sukma and Bijapur districts. On Monday, The CRPF got indulged in a deadly battle with the Maoists active in those areas. A sikh CRPF trooper, Balraj Singh, who was himself wounded from constant bullets shot at him, took off his turban, a symbol of immense pride for the sikh community, to use it as a bandage to help another Jawan, who got heavily wounded due to the deadly encounter.

The Sikh Jawan, a member of the CRPF elite force CoBRA (Commando Battalion for Resolute Action), risked his own life for his colleague’s. Even when both of them were caught in the deadly attack, he showed great intent to save the life of his counterpart. Turban is treated as an article of great pride and value in the sikh religion, and it was used by the Jawan for the perfect purpose, saving someone’s life. Their Jawan group was ambushed by the maoists in Chhattisgarh’s Bastar region and both the parties got involved in a deadly gunbattle. One of the jawans suffered serious injuries on his leg and started bleeding. Balraj Singh, taking no time, removed his turban and tied it around the wounded leg as a bandage to stop the bleeding and helped save his life.

The situation at the border of  Sukma and Bijapur district in Chhattisgarh has become severe. Despite 22 Jawans having sacrificed their lives and 31 severely injured so far, the situation hasn’t still loosened up. It started gaining fire on 3 April, when the Naxals suddenly got very fierce in the Chhattisgarh border areas. Hon’ble Home Minister, Amit Shah, reacted to the dreadful incident by saying that the fight with the Moists will be strictly fought from now on. 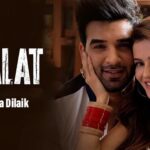