Singga, renowned Punjabi singer, is not going to leave behind when the whole industry is coming up with the latest albums and songs. The artist announced his upcoming EP titled ‘#666’ through an Instagram post. The poster of the EP was also made public through social media.

#666 Guns and Rounds, is expected to be released in various parts. So far, only the first part of the EP has been announced. It will be presented jointly by Singga Music and Little Boy Studios. Very limited information regarding the project has yet been revealed but we expect Singga to make important announcements regarding the project soon.

An EP or Extended Play is a type of musical album that contains more than a single track but has fewer tracks than a complete album. While music albums contain 8-10 songs on an average, an EP is a smaller version of it, containing 3, 4 or 5 tracks in it. It can be described as a Mini-album.

So, Singga is a unique artist and you only expect uniqueness in his work. While the Punjabi industry is dropping albums after albums, the artist has decided to do something different. Instead of a full-fledged album, he decided to take the EP pathway. We expect him to update his fans on this very interesting project soon because we can not wait for it already. 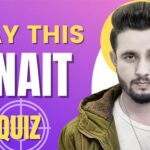 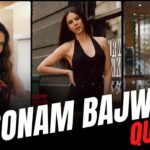