The Bollywood Industry seems to have taken a decision that the closure of theatres would no longer affect their releases. Stars have started their shoots and movies are releasing on OTT Platforms. The next movie to be announced is ‘Singh Soorma’.

Singh Soorma will star Hockey legend Sandeep Singh in the lead role of his own Biopic. It is the story of a man who went on from being one of the best hockey players in the world to a man who couldn’t walk without the support of a wheelchair and then the journey of the man from the wheelchair to a Minister’s chair.

The movie is produced by Deepak Singh and the first poster of the film has been unveiled. However, it has some time till it releases. 2023 has been set as the year for the movie’s release. Sandeep Singh will be playing his role himself in the film. The poster of the film was announced by Sandeep through an Instagram post

Sandeep Singh was regarded as one of the best hockey players of the world. He was also called ‘Flicker Singh’ due to his extraordinary flicking skills. He was one of the fastest drag flickers in the world. In addition to this, he also served as the captain of the Indian National Men’s Hockey Team for sometime.

Currently, he is serving as the Sports Minister of Haryana State. He is also a Member of Legislative Assembly (MLA) from Pehowa constituency in Kurukshetra, Haryana from the Bharatiya Janata Party (BJP).

This is not the first time a Bollywood movie is being made on the life of the legend. Previously, a film titled ‘Soorma’ was released in the year 2018 starring Punjabi superstar Diljit Dosanjh playing the role of Sandeep Singh in his Biopic. Now, another is going to be made on Sandeep’s life. This time it is expected that his after-hockey journey to become a minister will also be covered in the film. It’s a long wait and till then the team will surely be updating the audience on the film progressions from time to time. 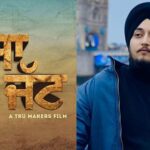 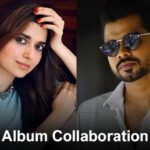