Posti Movie: A Unique Tale Of Rana Ranbir To Release On 28 January 2022

Further, alongside Neeru Bajwa, the movie will feature Arshi Khatkar, Jazzy B and director Rana Ranbir himself essaying important roles. Here’s the new look poster of Snowman where you can spot all the four pivotal actors.

Coming to the credits, The Humble Motion Pictures and Aman Khatkar collaborative presentation film has been distributed worldwide by Omjee Star Studios.

Speaking of the story of Snowman, Rana Ranbir has tried to do something different in this film as he told earlier. And we all know he always brings something different with his writing and direction, and thus, expectations are high from ‘Snowman’ as well. Now that the final date has been announced , the excitement of fans increases and they can’t wait to see their favorite cast on silver screens. 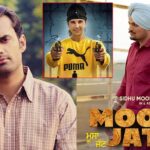 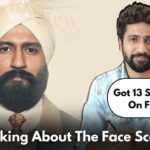