Sony Pictures Films India is known for successful films like Pike, Padman, Soorma, 102 Not Out, Shakuntla Devi and many more, which is set to collaborate with Ram Madhvani Films. Ram Madhvani Films is owned by Ram and Amita. ‘Dive’ will also mark the directorial debut with RMF for Nitin Parmar, a renowned ad maker with Equinox Films, which is also owned by Ram and Amita.

Ram Madhvani is mostly renowned for his award-winning movie ‘Neerja’ starring Sonam Kapoor in the lead role. Amita Madhvani was the associate producer in that film. Later on, Ram went on to direct ‘Aarya’, the Disney+Hotstar web series starring Sushmita Sen that attracted positive reviews and accolades. His next ventures ‘Aarya 2’ and ‘Dhamaka’ are also under production.

The movie ‘Dive’ has been written by Renuka Kunzru and is a collaborative effort by Sony Pictures Films India and Ram Madhvani Films to bring the first-of-its-type underwater thriller movie on the big screen. It will be a never-experienced movie for the audience.

Currently, the film is in its development stage. Neerja Narayanan will be the independent executive producer of the film. It will be the first time the two houses will collaborate in a production effort. The hopes with Dive are already touching the sky! Let’s hope the film comes out as we are expecting it to be. 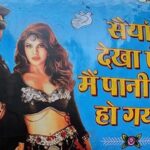 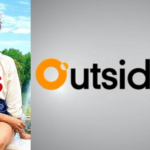