Shehnaaz Gill titled herself as ‘Punjab Ki Katrina Kaif’ in Bigg Boss 13 in front of Salman Khan and since then the people love to use the tag for her. Even, the actress used to be very fond of it until she was seen begging to not to be called so, recently. In a recent interview Shehnaaz Gill talked about many things and one thing caught our attention.

When Shehnaaz was talking about her popularity, suddenly came the tag which the actress gave herself in Bigg Boss 13. When the interviewer said her ‘Punjab Ki Katrina Kaif’, Sana said that she doesn’t want to be called by this name anymore.

The actress said, “Mere Ko Punjab Ki Katrina Kaif Nahi Ban’na, I Am Sorry… Mere Se Galti Ho Gayi. Mujhe India Ki Shehnaaz Gill Ban’na Hai”. She said that she wants to be India’s Shehnaaz Gill and not just Punjab’s Katrina Kaif, she is now done with this tag and regrets saying that on National Television.

Shehnaaz Gill was in a rapid fire round with Bollywood Hungama when she opened about this. Apart from this she revealed many things, including her choices on several actors and topics. Earlier, Shehnaaz, during an interview said that she’s done with the title and now ‘Katrina Kaif’ should be called ‘Punjab Ki Katrina Kaif’ as she is now married to Vicky Kaushal, who is a Punjabi.

If you wish to watch the full interview, you can check it out here.

More on the couch, Sana revealed her choices about Bollywood, the current favorite couple which came out to be Sonam Kapoor and Anand Ahuja as they both are not from the same industry. Meanwhile, Shehnaaz Gill has a lot of projects lined up for shoot and release, we are just waiting for them to be live in front of us. ‘Kabhi Eid Kabhi Diwali’ is one of the much awaited projects of Shehnaaz. 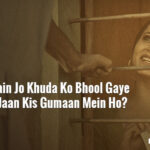