Sweetaj Brar is a popular singer and actress of Punjabi Industry who has been associated with various superhit tracks. Recently she had an Q&A session on her Instagram Account where her fans interacted with her and asked her various questions.

Fans asked her about her upcoming projects and more about her. A fan also asked her about her favourite song from Sidhu Moosewala’s latest album MooseTape. The fan wrote ‘Favourite song from Moosetape’, and to this Sweetaj’s answer didn’t include one, but a total of 4 songs from MooseTape. Sweetaj revealed that her favourites are Us, Built Different, Calaboose and Brown Shortie.

Sweetaj for now has many projects lined up which includes many songs and movies as well. She will also be seen opposite Sidhu Moosewala in the movie Moosa Jatt.

Apart from this, Sweetaj also made an announcement in may 2021, that she will also be seen in an upcoming movie with Ranjit Bawa. And talking about her musical projects, she spilled the beans on her latest Q&A session on Instagram only. A fan asked her about who she is collaborating with for her upcoming song by writing ‘Next song kihde naal aa rya’. And to this Sweetaj replied and revealed that she is collaborating with Prabh Gill for an upcoming song. 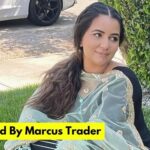 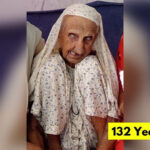