Taapsee Pannu is a most energetic actress in the Bollywood industry, she knows how to entertain her audience and her movie choices always amazes everyone as well. From her courtroom drama film Pink to the upcoming film Looop Lapeta (remake of German film Run Lola Run ) she always loves to play with her characters. But recently the actress shared a reel video on her Instagram handle from her recent photoshoot. In the video, we cann watch her grooving on Surinder Kaur’s hit track “ Enna Akhiyan”. On the other side, her photographer also shared a post in which she is seen jamming on the Bindrakhia’s hit number “Mukhda dekh Ke”.

Take a look at that:

Currently Tapsee Pannu is busy with the shooting of her back-to-back upcoming films. The actress has once again teamed-up with the director Anurag Kashyap after Manmarziyaan, and this time they are back with sci-fi film DO-Baara. The actress shared the news on her Instagram handle in a very unique way as she says.

Take a quick look at that. 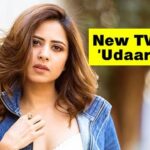 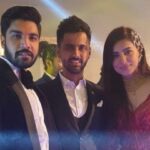