India’s top political strategist Prashant Kishore has been in the news for the last few months, but still, nothing is clear about him joining the Congress party.

A few weeks back, it was said by the Congress sources that Patidar leader Naresh Patel will be joining the party and PK will be handling the election campaign of the Congress party in Gujarat. But till now, there has been no clarity on either Naresh Patel or Prashant Kishor.

As per the sources, the Gujarat unit of Congress is divided into two panels over the joining of Prashant Kishor. One believes that the joining of PK will boost the morale of the party cadre on the ground level and as per the track record and working style of PK, this panel is confident of Cong’s victory in Gujarat if PK joins the grand old party.

While the other group thinks that PK’s joining and handing over the campaign to his team is a very expensive and useless task. This group believes that the Congress party is strong in rural Gujarat but weak in the urban areas, where even PK won’t be able to do any magic.

Meanwhile, the Patidar leader Naresh Patel has set PK’s appointment as a precondition to him joining the Congress party. As per the internal sources, around 20 Congress MLAs in Gujarat also want the political magician Prashant Kishor on board.

Though this delay is troubling the Congress party in Gujarat and demoralizing its workers. Recently, former MLA Indranil Rajyaguru left the party and joined the AAP. If this delay and inactivity of Congress continue, then more leaders may shift to the AAP, which is a serious matter of concern for the party.

As per the sources of the Congress party in Delhi, talks are on with Prashant Kishor.

“He has been in touch with Rahul Gandhi, Priyanka Gandhi and Sonia Gandhi. But nothing is clear yet. Talks are on, but there are a lot of discussions going on. Inducting someone into a party, that too a political strategist, and giving him a big role, is not an easy task. It will take time. But yes, Prashant Kishor will be announcing something big on the 2nd of May, so yes we all are also waiting. We don’t know if he will be joining the party or working for us in Gujarat, but yes all I can say is, PK’s talks are on with the party high command”, said an internal source.

With the assembly elections in Gujarat and Himachal Pradesh approaching in November-December this year, the political heat in these states as well as in the national capital is rising daily. One thing is clear, with AAP’s entry in Himachal and Gujarat, it will be a very interesting battle this time. 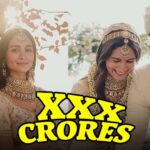