A very disheartening news story made headlines a month ago. The statement reads that Tarsame Singh Saini, also known as Taz Stereo Nation was critical and has slipped into coma after his liver failure.

The news was shared by one of his friends, Priyanka Timmins. Priyanka shared a series of photos with Taz and requested all her friends to say a little prayer for his close friend and legendary artist Taz Singh. As the singer was fighting for his life he is in coma on life support, so Timmins said that she needs everyone’s prayers at this moment in time. She then informed in the comments section that Taz suffered liver failure which also affected his kidneys.

But now there’s an update on his health. A statement issued by the family reads, “Taz is doing well and no longer in a coma, he’s showing signs of improvement every day. Many thanks for all your prayers, well wishes and support in this difficult time. When we have more positive news for you, we will let you know. Thanks again for your positive thoughts.”

For the unversed, Taz is a British singer, composer and actor of Indian descent. He is also the lead singer of the pop band Stereo Nation which was established in 1996. Moreover, he is credited with being the pioneer of cross-cultural Asian fusion music. 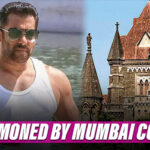 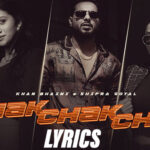