Who knew a random pan by a cameraman could capture one of the funniest reaction by a fan and eventually turn it into one of the most famous memes in the world. This is the story of Sarim Akhtar, the man behind the disappointed Pakistan fan meme. Recently, Sarim Akhtar tweeted that his famous ‘Disappointed Pakistan Fan’ meme has got featured at the Museum of Memes, Hong Kong. Sharing the screenshot from the video, he also mentioned the time-stamp at which his feature is visible, 0:37.

He shared the Youtube link of a video of the famous K11 Memes Museum, where some of the most famous memes are featured, including his. Sarim Akhtar’s meme was actually just a reaction by him given during a match between Australia and Pakistan at the ICC Men’s Cricket World Cup 2019.

The meme originated on 12 June, 2019 during the Pakistan vs Australia ICC Cricket World Cup match. One of the Pakistani players, named Haris Sihail dropped a catch at the boundary line and the cameraman panned the camera to the nearest fan. The fans were disappointed due to the drop catch and cameraman’s quick work gave the world the disappointed reaction of Sarim Akhtar, turning it into one of the most famous memes of all-time.

Ever since, Sarim Akhtar was no longer Sarim, he was the ‘Disappointed Pakistani Fan’ now and the image has been used in millions of memes on social media platforms. Twitterati’s reaction to Sarim Akhtar getting featured at the K11 Memes Museum at Hong Kong was amazing. They filled the comment section of the tweet with messages of congratulations. 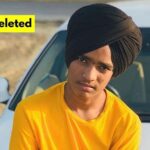