The fans begin the wait for the film’s release after their favorite celebrities’ actors announce their upcoming projects. And the upcoming Punjabi movie Snowman is also one of the most anticipated projects in the industry. Starring Neeru Bajwa, Jazzy B, Arshi Khatkar and Rana Ranbir in the leading roles, Snowman has been through various release date announcements. But due to different reasons, he kept getting postponed. But now, the film is finally ready to hit the silver screens on 2 December 2022.

And to add more excitement to the fans’ wait, the team of Snowman has also released its trailer recently. Earlier when the film was announced, its story was teased by only stating, “Barf Maut De Kapde Payi Firdi Hai”. And now, when the trailer of Snowman is finally out, we have a better and clear picture of the film’s theme and storyline.

The trailer of Snowman opens by introducing the killer ‘Snowman’ played by Rana Ranbir. We have seen him essay amazing comedy roles, but it’s rare to see him in a negative role. But the man definitely looks impactful as a villain in this one. This trailer is packed with action and violence.

Other than Rana Ranbir, the trailer has also introduced Neeru Bajwa, Jazzy B and Arshi Khatkar in pivotal characters. While Jazzy B is exciting fans in the uniform of a cop, Neeru Bajwa is once again set to portray a strong and bold role. More details about these characters are kept under wraps as the makers probably wish to unveil their real potential in the film only.

There is a killer, police, common people, dead bodies, and a lot more involved in the story of Snowman. You will get to see bloodshed, firing and a gripping drama in this movie. Though it is difficult to decode what is the exact plot of the story, we are definitely teased by the suspenseful trailer of this upcoming crime-thriller.

Overall, we are most impressed by the locations of the film. They look amazing quality wise and the cinematography too looks very refined. All this has contributed to making the trailer for Snowman look good on screen.

Honestly, it’s amazing to see that Snowman is a level up from the standard Punjabi movies. From using cuss words to highlighting the negatives of living abroad, this film has risked it and portrayed everything in a great manner.

Now it will be interesting to see how this film turns out as an overall project. The thrill and suspense have definitely been maintained in the film’s trailer, and the makers have forced the fans to make random guesses about solving this mystery.

Now coming to the credits of the film, Snowman Aman Khatkar and Gippy Grewal have together produced the film and it will be released under the banner of Humble Motion Pictures and Aman Khatkar Productions. It is written by Rana Ranbir who was initially set to direct this project too, but later the project was helmed by Aman Khatkar. Snowman is set to release on 2 December 2022.

Watch the trailer of Snowman here; 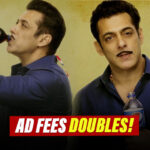 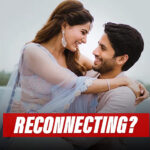