Union Road Transport and Highways Minister Nitin Gadkari, on July 23, while addressing the public in Shri Girish Gandhi Amrut Mahotsav Satkar Programme in Nagpur, spoke about the “true meaning” of politics. “I sometimes feel like quitting politics as there are many other things to do in life,” said Mr. Gadkari.

“In the current era, the word politics has completely lost its morals, meaning and importance. Dr. Girish Gandhi is following the real definition of politics, and working hard for social awareness. He is a real disciple of dedicated and committed leader late Mohan Dharia who brought remarkable changes in society. Dr Girish Gandhi too has brought a lot of reforms,” he further added.

Girish Gandhi belongs to the Nationalist Congress Party. He served as a MLC in Maharashtra Municipal Council, but distanced himself from the NCP post 2014. While speaking about the true meaning of politics, Mr. Gadkari said, “We must understand the actual meaning of politics. Is it for the welfare of the people or to remain in the government? What we are seeing today is the politics that is 100% about staying in power,” said Mr. Gadkari.

Praising the late George Fernandes, Union Minister Nitin Gadkari said, “I always remember Mr. George Fernandes, have learnt a lot from him because he never cared for power. He is an inspiration. I even hate it when people bring me big bouquets or put up my banners or hoardings.”

Mr. Nitin Gadkari, the Road Union Transport and Highways Minister, is the BJP MP from Nagpur. He is one of the most powerful politicians in Maharashtra as well as in the BJP. He is an all-time close aide of the RSS, and was even the national president of the BJP from 2009-2013. 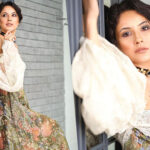 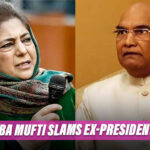