Urfi Javed who is currently in the highlights as she has been evicted from the Bigg Boss OTT house was one of the most chirpy and entertaining contestants of BB. And there is something going viral that she said a day before her eviction. There is a video going viral on various social media platforms, in which she is seen saying that yahan Sex ho chuka hai.

In the video, she is first addressing the public as she says,

“Jaisa ki maine aapko bataya yahan sex ho chuka hai Bigg Boss OTT ke ghar mein. Pata nahi aap ko dikhaya gaya hoga ki nahi. Lekin yahan sex ho chukka hai on camera”. And because Pratik was looking at her while she was saying this, he asks her about this and this imitates a little but super entertaining conversation between them.

Pratik: What are you talking about?

This funny and entertaining side of Urfi and Pratik’s innocent reaction is winning the internet. But the fans are still confused as they aren’t able to decide that whether Urfi was really joking or she really meant what she said. 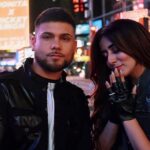 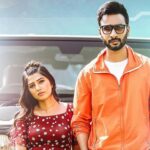