Actress and Bigg Boss fame Urfi Javed who had always grabbed the eyeballs with her unique and bold style had once again caught everyone’s attention with the same. If you scroll through her instagram profile, you will notice that she always looks confident in her pictures.

But due to her unconventional style, the actress is sometimes brutally trolled by internet users. But this time, one of the reputed websites, iDiva who generally shares styles and beauty tips to women has shared some pictures of Urfi Javed on their Instagram handle (iDivahindi).

ALSO READ | Urfi Javed Will Never Marry A Muslim Guy: “They Want To Control All The Women…”

iDiva wrote, ‘Which look was the most objectionable?’ With the hashtag Urfi Javed. The post has surely hurt the sentiments of Urfi as the actress took the comment section and wrote, “Objectionalable? Who the fuck are you guys or anyone to object to what I Wear? Is this social media or 1920s ki saas? If you think my outfits are so ‘objectionable’ stop begging for interviews and live sessions! Stop pretending like you care about women’s rights when you find their outfits objectionable assholes.”

She then took a screenshot of this post and shared it on her instagram story and wrote a message for iDiva to stop pretending that they care about women empowerment when all they do is slut shaming.

iDiva shared nine pictures but they deleted the post after Urfi commented. But again she took the screenshot and said ‘you owe me an apology’ to iDiva.

Urfi who is not only known for her unique avatar and fashion choices is also known for slamming the trolls confidently with a savage reply. 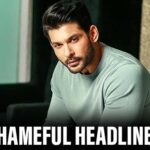 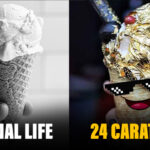