Kamala Harris became the first woman Vice-President of the United States in November 2020. And recently she shared a part from her winning speech on twitter transformed into a video.

Her words said, “”I’m here today because of the women who came before me. And to the woman most responsible for my presence here today – my mother, Shyamala Gopalan Harris, who is always in our hearts,” Kamala Harris says as snapshots of her family and her campaign flit across the screen.

When she came here from India at the age of 19, maybe she didn’t quite imagine this moment. But she believed so deeply in an America where a moment like this is possible. So, I’m thinking about her and about the generations of women – Black women. Asian, White, Latina, and Native American women throughout our nation’s history who have paved the way for this moment tonight. Women who fought and sacrificed so much for equality, liberty, and justice for all, including the Black women, who are too often overlooked, but so often prove that they are the backbone of our democracy.

Tonight, I reflect on their struggle, their determination and the strength of their vision – to see what can be unburdened by what has been – I stand on their shoulders.”

Though her words and the video she expressed her gratitude for the women who came before her including her Indian Mother too. Her video is winning the hearts of people all around, and Indian are retweeting and saying ‘We are proud of you’, whereas Americans are appreciating her strong words. 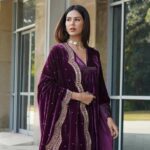 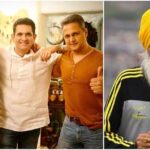