Pakistani singer-songwriter, music producer and composer Bilal Saeed have always skyrocketed on music charts with his soulful songs. His songs definitely do have a global appeal to it but this is also because, in all these many years, while he’s been raking in millions of views on YouTube, Bilal Saeed has continued to keep a relatively low profile. Other than being a great singer he is also a very humble person who owns a label just to give a platform to young and talented artists.

In one of his talk shows, Bilal disclosed that after his debut song ‘12 Saal’, he hasn’t worked for anyone or any label for at least four years. But during those four years, he visited many places and had many live shows. And after that when he again entered the industry, Saeed realized there’s a lot of talent around but they don’t have the right direction.

They had money but didn’t have good songs. He then planned to start his own label so that he could provide his songs to the artists whom he can launch and encourage them. His motive is not only to provide them with lyrics and a suitable setting to grow, he also wishes to give them a good platform for singing too.

Hence, it is now proven that from being a successful singer, he is a helping hand too. He also proved that standing apart but strong is better than being in a group but weak. 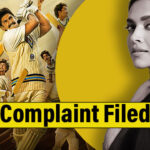