Sidhu Moosewala loves guns and there is no doubt about that in anyone’s mind. His songs frequently express his love with the deadly toys and he has openly admitted that he carries licensed weapons with him. The gun enthusiast recently came up with his song, Me And My Girlfriend, and gave us an interesting addition to our knowledge.

One part of the song mentions ‘Kalashnikov’ and shows an image of a person with an AK rifle in a frame on the wall. Are you too curious to know who the man in the frame is? Don’t worry, we are here for your rescue. We have dug deep into the facts and found who the man is.

The man in the picture is Mikhail Timofeyevich Kalashnikov. He is the man behind one of the most powerful weapons in the world, the Russian AK rifles. The same gun that Sidhu is carrying in his song and refers to as his girlfriend.

Kalashnikov was a Soviet Union and Russian lieutenant general but is known for developing one of the most famous weapons in the world, the AK-47 rifle. He also developed the AKM, the AK-74, PK machine Gun and the RPK light machine gun. Interestingly, the letter ‘K’ stands for Kalashnikov and all the guns have been named after their inventor.

We are all familiar with ‘AK-47’. Gun enthusiasts worship this absolute beauty. We have heard the term countless times in media, in songs, in movies and where not. But many of us, for the first time, came to know about the man behind it. All thanks to Sidhu Moosewala’s latest song and the man who thought of adding this little detail in the song. 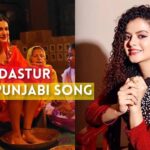 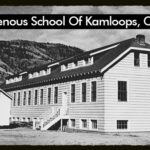