The recent Lathicharge conducted by the Haryana Police on the farmers protesting at Karnal has been in the news headlines. The protesting farmers walked out of the protest, covered in blood. Many of them sustained serious injuries on the head, hands, legs and all over the body.

Harjinder Khehra is a Haryana policeman, appointed to the post of SHO. It is speculated that he is the SHO of the Karnal city of Haryana, where the Lathicharge was held. The public has put the blame of the Lathicharge on this man. It is being said that Harjinder has behaved very barbarically with the farmers, on many occasions.

Earlier too, one of his videos had gone viral on the internet where the officer can be seen beating farmers with the use of a thick stick. He had been criticised for his behaviour then, and now again, the public has held him responsible for the cruel Lathicharge on the farmers.

After the incident, Harjinder Khehra keyword instantly started trending in Facebook searches. The public became very curious and wanted to find out about the man who is being blamed for the lathi charge on the farmers.

He is a resident of the village Lukhi, Kurukshetra, Haryana. The supporters of the farmer’s protest state that there is no doubt Harjinder is doing his duty as assigned by the authorities, but he should understand that the farmers are peacefully protesting and not causing damage to anyone. They have the right to protest and they are on the roads for our own rights, for our own food. The blame put on him for the lathi charge has also resulted in a protest by the supporters of the farmers at his doorstep.

The farmer’s protest leadership also condemned the recent lathicharge at Karnal. They called it an attack on Indian democracy and called for a nation-wide strike. Many farmers had been put behind bars by Haryana Police for protesting, and the strike forced the Police to finally release them. The leadership has announced that the upcoming strategy will be prepared in the meeting to be held soon. 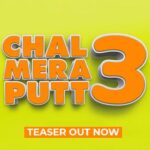 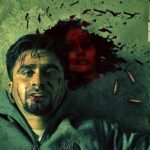