Panjab University, Chandigarh is reputed as one of the country’s most refined institutes and produces excellent students every year that go on to change the map of the country, and even the world. The institute is a centre and state funded educational institute.

Recently, people of Punjab have been concerned about the proper functioning of the institute and have been raising the slogan ‘Save Panjab University’. Even Punjabi Celebrities have posted about the issue.

The real concern of the Punjabis is the interference of foreign bodies in the working of the pinnacle institute. People blame that Rashtriya Swayamsevak Sangh (RSS) and ruling centre party Bharatiya Janata Party (BJP) seek to take control of Panjab University. The two bodies are looking to take over the institute. The committee that has been recently set-up to look after the working is blamed to be full of members supporting BJP.

The Vice Chancellor openly admits to be a BJP well wisher. People are also blaming the state government for being involved in letting the centre take control of PU. They say that the state has money to spend on unproductive things but does not have funds for PU and has handed it over to the centre. The condition of the universities under the control of the centre is very objectionable and people and Punjabi celebrities fear the same will happen to their institute.

The issue is that if BJP or RSS takes control of the institute, Punjabi admissions will be very limited as seen from the past experiences. All over the Punjab, universities that are under the centre control have minimum Punjabi admissions. This will cause loss of opportunities to Punjabi youth, which is suffering from unemployment and low standard of living.

Recently, due to the farmer’s protest, Punjab, being the country’s major agricultural state, has become very anti-BJP. This is also a reason people do not want the centre to interfere in their institute, let alone take control of it. 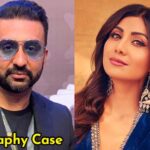 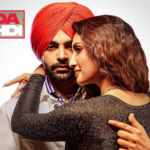