Be it any fan, hater, or artist, everyone linked to Punjabi Music Industry directly or indirectly is aware of the rising name Sidhu Moosewala. He tops the headlines due to his recent releases, breaking records and controversies too.

But for now, all the fans have their eyes set to witness the debut of their favourite celebrity singer Sidhu Moosewala in the field of acting. As per previous reports, it was said and known to all that Sidhu Moosewala will debut with Yes I’m Student. But it looks like there are sudden changes in the plans.

You might have noticed that the official release dates of both the upcoming movies of Sidhu Moosewala are out.

While the makers of Yes I am Student have decided and announced to release the movie on 22nd October 2021, the makers of Moosa Jatt also revealed their plans for releasing their movie.

As per the recent announcements, Moosa Jaat will be released on 1st October, 2021 which is 22 days prior to Yes I am Student.

As per sources, it is revealed that though both the upcoming movies are based on Sidhu Moosewala’s life and are much awaited, but surprisingly Sidhu Moosewala was not very happy with the output of Yes I am Student.

It is known that Sidhu’s debut was planned with Yes I am Student which couldn’t be released on time due to COVID-19 situation. In such condition, there might be chances of release date of the movies changing again

But the most important thing is the fact that fans are eagerly waiting for both the movies to release soon.

Yes I am Student will feature Mandy Takhar in the lead role with Sidhu Moosewala and in Moosa Jatt Sweetaj Brar will be seen sharing screens with Moosewala. 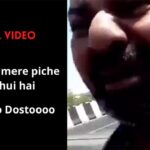 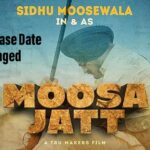