Surveen Chawla impressed the Punjabi audience with her commendable acting skills and perfect dialogue delivery in Punjabi films. But it’s been a while since she featured in any Punjabi movie.

She was last seen in ‘Hero Naam Yaad Rakhin’ in 2015 with Jimmy Shergill. As if we talk about her 2013 superhit film ‘Singh vs Kaur’ with Gippy Grewal, reports say the team will soon announce its sequel too.

As per sources, the planning for Singh vs Kaur 2 has already been started and it’s been said that the scripting of the film is completed too.

Just like its part one, Singh vs Kaur 2 will feature Gippy Grewal in the lead role. But the female lead has not been finalized yet.

Last time, people loved the chemistry between Gippy and Surveen, but do you think Surveen will make her come back in Punjabi Film Industry with Singh vs Kaur 2?

Do you want her to feature once again opposite Gippy Grewal? 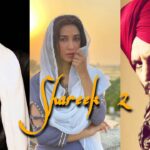 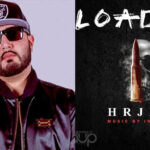