And when the judgement of the same it out, it said “A woman cannot have the right to stay at the property of her in-laws if she mistreats them, the Delhi high court said while dismissing the plea of a woman who allegedly subjected her in-laws to cruelty and torture.”

As per the Delhi Maintenance and Welfare of Parents and Senior Citizens (Amendment) Rules, 2016, the same only entitles a senior citizen to seek eviction of his son, daughter or his legal heirs on account of ill-treatment, however, excludes the daughter-in-law.

Reports of Hindustan Times suggest, the HC was hearing a petition by Darshna (daughter-in-law) as she had been ordered by a district magistrate to vacate the house her in-laws stayed in.

Moreover, the parents had evicted the son, so the daughter-in-law automatically loses the right to their property, advocate Geeta Luthra said.

As Darshna divorced her husband, she cannot insist on staying with them, “especially when their relationship has deteriorated,” the court said. Questions on the property’s ownership are “unmerited”. However, the court said Darshna is entitled to maintenance.

According to the case, disputes arose between Darshna and her husband. She also had uncordial relations with her 75-year-old father-in-law Dhani Ram (father-in-law) and his wife. While she had instituted domestic violence proceedings against the in-laws, her husband had filed a divorce case against her.

Darshna’s husband was not staying at his parents’ place for the past several months. Meanwhile, Dhani Ram filed a plea before the district magistrate, seeking eviction of his son and daughter-in-law from the premises. 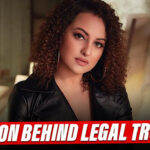 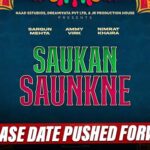