A piece of very heart-wrenching news has been making headlines recently. As an international student, Anmoldeep Singh aka Goldy who was 22 years old attempted suicide. A young man from Bhairupa district Bathinda who came to Canada to study has committed suicide by hanging himself in Brampton, Canada.

Further, according to the Instagram page Troll Canada, it has been reported that the deceased youth came to Canada in August 2021. Police called the family last Saturday on 5 March and informed them about Anmoldeep’s suicide.

When asked by the family about the reason, they unveiled, the young man had gone to Windsor to study but had been under mental stress for the past few months and had dropped out of school and was living in Brampton. It has also come to light that the deceased was the only son of his parents.

ALSO READ | From Prostitution To Suicide, Indian Students Are About To Face Many Challenges In Canada: Experts

While giving this vital information regarding the case, the page ended the caption by writing, ‘please tell someone if you are in tension. Those who are facing some issues shall share with someone as every day is not the same. Just have some patience and stay strong.’

More details and updates on the case are awaited. 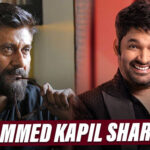 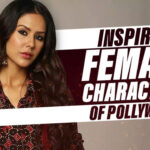