As 2022 draws to a close, several automakers are now preparing to introduce new vehicles in India in 2023. Moreover, various new car models are set to be launched by renowned companies including Maruti, Hyundai, Tata, and Mahindra in their Indian product lineup. Here are some cars set to be launched in 2023:

As per the info, in 2023, Maruti will be introducing up to three new vehicles in India. Notably, these include the Jimny 5-door, a new crossover based on the Baleno, and a new MPV based on the recently launched Innova Hycross by Toyota. Moreover, Maruti’s upcoming models are expected to compete with many recently launched vehicles by several other companies.

Also read: Salman To Launch His Bodyguard Shera’s Son Tiger: All You Need To Know!

The new Creta facelift as well as the new model of Verna will be unveiled at the upcoming Auto Expo as part of Hyundai’s rapid update of its lineups. In addition, the company will introduce a new micro-SUV to compete with big names like the Tata Punch. Moreover, this new SUV, which is internally known as the Ai3 SUV, will have the same underpinnings as the Grand i10 Nios. Additionally, the brand is anticipated to introduce the updated Grand i10, Nios, and Aura in India in 2023.

As expected, in 2023, Tata Motors will also update its lineup with the introduction of the new Harrier and Safari models. In addition, it is anticipated that the new Altroz EV, which was originally displayed at the Auto Expo 2020, will also be going on sale soon. On the other hand, the Punch EV, which will compete with the Tiago EV in the market, is also expected to be under process at Tata’s manufacturing units.

Also read: Jack Ryan Season 3 To The Witcher, 11 OTT Movies & Series You Can Watch This Weekend!

Mahindra, one of the most renowned SUV manufacturers in the country, will shortly introduce the Bolero Neo Plus and the new Thar 5-door. In order to impress the buyers, both of these SUVs will be having a number of changes as compared to the Thar 3-door and the Bolero Neo respectively. Moreover, the Tata Nexon EV and the MG ZS EV are two competitors that the XUV400 EV will have to face in the early 2023!

With enhanced features and greater safety technology, Kia is all set to introduce the new Seltos facelift in India; however, there are unlikely to be any significant modifications made to the available engine options. Notably, to compete with rivals like the new Toyota Innova, Kia will also introduce the next-generation Kia Carnival in India. Before the product is introduced in the nation, the brand will provide more information on its model!

Toyota is all set to introduce the new Innova Hycross in India in January 2023, as a high-end and luxurious MPV. Additionally, the company is also developing a brand-new SUV coupe based on the forthcoming Baleno Crossover.

Along with the City makeover, Honda is also all set to debut a new compact SUV in the near future to compete with rivals like the Maruti Vitara Brezza and the Hyundai Venue in the Indian market. Moreover, this luxurious car manufacturer would come up with these attractive models in the beginning of 2023.

According to the media reports, Citroen will soon introduce two new vehicles, a 7-seater SUV based on the C3 and an electric hatchback called the eC3. Before the product’s official launch in the nation, the brand will be providing further information regarding the same!

So these are the cars of various companies which are all set to be launched in 2023. Moreover, those planning to get new cars, are excited and eagerly waiting for these models with new features and modifications to come up in the Indian market. For more such info, stay tuned with Kiddaan. 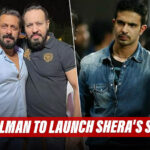