Punjabi singer Garry Sandhu who turns heads with his amazing lyrics and vocals had to struggle a lot to make his name this big in the industry. He knows the struggle while entering the industry, and that’s why is always up for supporting fresh talents. Apart from being a great singer and lyricist, Garry is also known for his Music Banner ‘Fresh Media Records’ where he is always seen promoting new and young talents. He believes in giving chances to youngsters so that they can get to showcase their talent to the industry and the audience. Undoubtedly, Garry has made everyone proud by taking this initiative and you must know that Garry Sandhu’s Fresh Media Records has launched many fresh talents till now and many of them have now risen to fame already.

Garry introduced many rising artists under his music label Fresh Media Records. One of those artists is singer Sartaj Virk. Sartaj made his musical debut with the song Channa in 2015 which was much appreciated by the fans. Afterwards, he also collaborated with Sandhu himself for various songs like Grow, Channa, Duniya Sari and many more.

When we are talking about the fresh talents introduced to the Punjabi industry by Garry Sandhu, we cannot miss including G Khan’s name in the list. G Khan considers Garry Sandhu as his Ustaad and the duo shares a strong bond. Garry launched G Khan’s Sajna in 2015. And the two have surely given some amazing hits to the industry like Chandigarh Shehar, Koka, Jee Karda, Gora Rang and many others.

Garry has also launched another fresh talent Harpinder Gill under his music label. He made his debut as a singer with his song ‘Are You Ok’. The song was quite appreciated by the audience.

ALSO READ | What Pushed Garry Sandhu To Write Songs Himself

Another fruitful talent launched by Garry Sandhu is Uday Shergill. He made his debut under Fresh Media Records in 2020 with the song Techie. After that, he released another emotional song ‘Tenu Soh Lagge’.

Singer Mehar Vaani has carved a niche audience with superhit tracks like Rubicon, Shining Koka and many more. But not everyone knows that she started her career with the song Pachtayian and then delivered Jee Karda, Koka along with Garry Sandhu and G Khan which made her rise to popularity.

Another young artist introduced to the Punjabi Music Industry by Garry Sandhu under his label was Baaz Gill. He made his singing debut with the track ‘Yaaran Nu’. The song is based on Friendship and love. He further sang songs like Aukha Aukha, Pehllan Yaari and others.

Garry again won everyone’s heart by launching another talented artist which he named ‘Star Ali’. Ali dropped his first song ‘Janaja’ which successfully touched the heartstrings of people. This emotional song garnered a positive response from the listeners.

Nehanda is a UK based busker, rapper, singer and songwriter. She does street shows for her living. Garry Sandhu noticed her singing while on his way home from the gym and approached her. He asked for the collaboration which ultimately made her debut in the Punjabi Industry. We can hear her vocals in Garry’s song Too Much.

ALSO READ | Do You Know Once Garry Sandhu Refused To Have A Channel’s Branding On His Mic?

Garry Sandhu has been an evergreen sensation in Punjabi Music Industry who has been ruling the industry and fans’ hearts. He has always believed in growing the industry with new and fruitful talents. 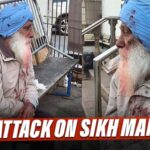 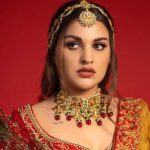