Prominent Punjabi artist Arjan Dhillon has managed to garner much love from the masses in a short span of time. Be it his singing or the lyrics; Arjan Dhillon has captured everyone’s heart with his outstanding work.

The singer recently penned and crooned many songs for Nimrat Khaira’s album which were well appreciated by the fans. But now it’s not about collaborations or singles, the singer has just announced his new album through social media.

Yes, you read that right. After the hit of debut album Awara, Arjan is all set to burst the music charts again with his second album. Though he didn’t reveal the title, tracklist or release date of the same, fans are already excited and eagerly waiting for him to disclose the details soon.

Will he collaborate with popular artists for lyrics or singing? Will it be singles or a duet? Will it be released in the first week of March? However, nothing concrete can be said as of now. Let’s wait until more details about the song come out.

Meanwhile, Arjan Dhillon is one among the artists who are loved equally for both his lyrics and singing. Thus, when he made the word out that he is all set to work on his new album, the audience was more than excited. Now, all we can hope is that the singer would soon reveal details about the same. 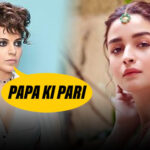 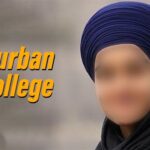