Babbu Maan has made the announcement for the music video of ‘Ik C Pagal’ public. The artist announced the song through a post on his official Instagram account. He had previously dropped the music video of the very-awaited Adab Punjabi, which had been released in its audio version first. This is his next surprise for the fans.

Ik C Pagal is a big hit by Babbu Maan released almost 3 years ago. The song was loved by fans when it’s audio version was released and for the very reason, Babbu Maan has decided to surprise his fans with the official music video.

The music video has been directed by Harper Gahunia, who has also directed the music videos of a number of big Punjabi tracks. The post-production will be done by Cine Village Studios. Burning light studios has designed the very mysterious poster of the music video that is causing curiosity among fans.

The whole Punjabi music industry always has eyes on Babbu Maan for his next release. Because such is the might of the artist in the industry. Babbu Maan has been the face of Punjabi music globally for more than a decade. Every project related to the artist is always super-anticipated and Ik C Pagal is no different.

READ | Did You Know How Babbu Maan Got The Name ‘Babbu’?

The release date hasn’t yet been announced but the caption of the post clearly mentions ‘coming soon’ which means fans won’t have to wait too long for the music video of the song. 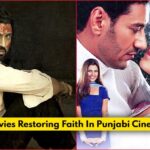 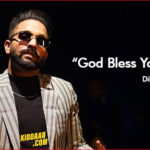