Rahul Gandhi’s Bharat Jodo Yatra is all set to enter Maharashtra today. Moreover, this is a very crucial state for the Congress party where it ruled for a long time till 2014. Meanwhile, with the Bharat Jodo Yatra entering Maharashtra, it’s expected that Shiv Sena leader and Uddhav Thackeray’s son Aditya Thackeray may join the Yatra with Rahul Gandhi, as stated by a Shiv Sena (Uddhav Thackeray) leader.

As per the information, the Bharat Jodo Yatra may reach Maharashtra tonight. On the other hand, there is a suspense over NCP leader Sharad Pawar joining the yatra due the health issues. Recently, Sharad Pawar was hospitalized after going through some health issues. However, Rahul Gandhi’s yatra entering Maharashtra, is seen as a huge boost for the party workers in the state.

Maharashtra used to be one of the most crucial states for the Congress party where it ruled, in an alliance with the NCP (Nationalist Congress Party) till 2014. However, since 2014, the party and its alliance has been out of power. Though with Uddhav Thackeray’s support, the coalition government was formed, but the Congress party was the third partner in that government.

Shiv Sena leader Sachin Ahir said, “Aditya Thackeray has been touring in Marathwada and Rahul Gandhi’s yatra would pass through the region, that’s why Aditya Thackeray’s possibility of joining the Bharat Jodo Yatra cannot be ruled out. However, the final decision will be taken by party president Shri Uddhav Thackeray Ji.”

The grand-old-party’s Bharat Jodo Yatra, under the leadership of Rahul Gandhi, is seen as a campaign to revive the party in the wake of the upcoming assembly elections and the Lok Sabha Elections in 2024. 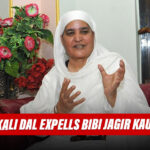 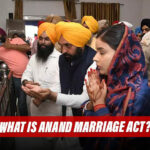