The Punjabi film industry is making all the efforts to make 2022 a special year. A new Punjabi movie is being announced almost everyday and amidst the storm, another Punjabi Movie title ‘Bhoot Uncle’ has officially been announced through social media. Bhoot Uncle is set to release worldwide in theaters on 11 February, 2022.

It is set to star many prominent actors of the industry like Raj Babbar, Jaya Prada, Gurpreet Ghuggi, Karamjit Anmol, Hobby Dhaliwal and others. It is directed and written by KC Bokadia. The movie is set to be a Comedy Horror Thriller film. Gurmeet Singh & Sukhwinder Singh have given the music to the movie.

The announcement has been made by the team by posting a picture revealing the official poster of the film on social media. It features the star cast of the movie, clubbed together. Karamjit Anmol and Gurpreet Ghuggi’s reactions in the poster tell us why it’s a horror film. The poster is exactly what the poster for a horror thriller should look like.

It would be interesting to see how the Punjabi touch is given to this horror film. With brilliant actors complementing each other, the film already has high expectations from the audience. We have not seen many notable horror films being made in the Punjabi film industry. This is a big attempt by the industry at exploring a new genre and we hope it turns out to be a successful one. 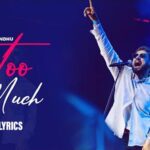 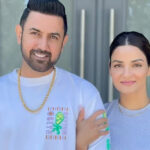