Here we have the news of a comedy-drama movie recently announced starring much loved actor Binnu Dhillon. ‘Patake Painge’ is another movie directed by Smeep Kang and produced by Omjee Star Studios EaseMyTrip in association with Binnu Dhillon Production & Smeep Kang Productions.

In this film, Binnu will share screen space with Zareen Khan, who has appeared in a few Punjabi movies already. Actor Binnu Dhillon & Zareen Khan, director Smeep Kang, Munish Sahni; owner of Omjee Star Studios, and other team members of the film shared the poster of the film on their social media accounts, and wrote,

“We are ready to drop the the biggest Laughter Bomb with #PatakePainge strg. Binnu Dhillon and Zareen Khan. Directed by Smeep Kang and Produced by Omjee Star Studios & EaseMyTrip in association with Binnu Dhillon Productions and Smeep Kang Productions.”

Other starcast and the release date of the movie is still not known, but no matter when, this film is expected to entertain the audience really well. Team Kiddaan wishes them a very good luck and we hope this film turns out to be a great entertainer. 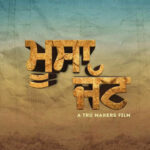 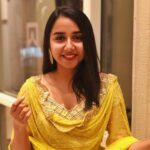