The list of surprises coming our way this year is increasing day by day. Recently the release date of the sequel of superhit Punjabi film Daddy Cool Munde Fool is ready to hit the cinemas.

Daddy Cool Munde Fool 2 will be released on 27th August in the theatres. The official Instagram Account of Speed Records shared the poster and announcement about it.

It will star Jassie Gill, Ranjit Bawa, Tania, Jaswinder Bhalla and other supporting actors. It will be distributed by Omjee Star Studios while it is produced by Speed Records and Collective Media Ventures.

Daddy Cool Munde Fool 2 was previously scheduled for it’s release in 2020, but COVID-19 spoiled it’s plan. Speed Records had already announced the release of this movie with the release of Goreyan Nu Daffa Karo 2 as well.

The movie was much loved and appreciated by the audience. And now we all are looking forward to its sequel which is releasing soon. Are you excited too? 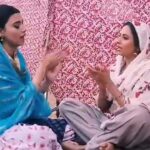 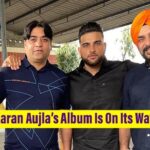