Dev Kharoud starrer Dakuaan Da Munda 2 is set to hit the silver screens on 27 May. And, as the release date of the film is approaching, the makers have released its trailer and it’s grabbing the attention of all Dev Kharoud fans. Read further to know the honest Dakuaan Da Munda 2 trailer review.

With the excessive flow of adrenaline in the bodies, all the Dev Kharoud fans are currently waiting for the release of Dakuaan Da Munda 2. The film was announced in 2020 and made headlines. And before finalizing 27 May as the release date, the film went through various changes in plans for its release, hence its release date was postponed various times.

But now the film is finally releasing and its trailer has given us enough idea about what it’s going to be like. The trailer of Dakuaan Da Munda 2 opens with a scene where a man is seen unconscious after taking drugs.

The opening scene and next few seconds of the trailer were more than enough to describe that the film’s plot will follow drug addiction and misguided youth.

The trailer suggests that the film is going to maintain a balance between violence, emotions, and a social message.

Not only this, the trailer has included pinches of family drama, emotions, friendship, violence and a love story between Dev Kharoud and Japji Khaira. And all this proves that Dakuaan Da Munda 2 is going to serve the audience with diverse content which obviously will be overpowered by the action-crime drama.

But one scene from the trailer, where Dev is seen holding Japji Khaira’s arm, threatening the people around to stay away from his lady love, looks recreated from a popular Bollywood movie. If you have watched Shahid Kapoor’s Kabir Singh, you’ll notice that the particular scene looks extremely similar.

Coming to the credits, the story of Dakuaan Da Munda 2 is written and based on the real-life incidents of Manga Singh Antal. And, Mandeep Benipal who directed the excellence in Dakuaan Da Munda has directed its sequel as well.

Also Read: Did You Notice Dev Kharoud In Dil Apna Punjabi And Hashar?

Talking about Dakuaan Da Munda, the film was released in 2018 and turned out to become the talk of the town. Every fan and every person from the industry also was involved in a discussion about the film. Hence, the announcement of its sequel was really a piece of big news.

Now, everyone is hooked and awaiting the release of this film with a question in their hearts; will Dakuaan Da Munda 2 do justice to the bars set by its part one? The answer is not far, as 27 May has been marked on our calendars, and we are keen to watch the film and find out.

If you haven’t checked out the film’s trailer yet, watch it here; 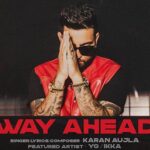 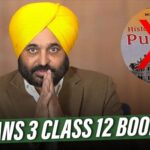