If you are a hard-core Shah Rukh Khan fan, we have a news that can excite you the most. Shah Rukh Khan will be celebrating his 57th birthday on 2 November 2022. And to celebrate the grand occasion, Yash Raj Films has decided to re-release his iconic and blockbuster movie Dilwale Dulhania Le Jayenge on silver screens.

Yes, you read that absolutely right. The iconic DDLJ will be once again on Indian silver screens, and fans can watch it. The film was originally released on October 20, 1995, and ruled the box office. It broke many records and turned out to be a trendsetter in the Hindi Film industry.

Yash Raj Film took it to its social media handles and made the official announcement of the re-release of DDLJ. The caption states, “Our favourite love story is coming back to the silver screen ❤️ Watch Dilwale Dulhania Le Jayenge on 2nd November, 2022 only in Indian Theatres”

A source told Bollywood Hungama, “YRF will re-release Shah Rukh Khan-starrer Dilwale Dulhania Le Jayenge on November 2. It is the longest running film in the history of cinema. And its produced by YRF. Hence, they felt that it’ll be a fine ode to the star and a treat to the fans.”

The source also added, “Besides Maratha Mandir, Dilwale Dulhania Le Jayenge on November 2 will be screened in several PVR properties across the country. What’s more, the rates will be nominal and tickets for most shows will be available for Rs. 100 and Rs. 112. The bookings have already begun online. At present, PVR theatres in 8 cities, namely, Mumbai, Delhi NCR, Kolkata, Kanpur, Ahmedabad, Lucknow, Pune and Surat have begun bookings. More cities will be added in the days to come. Also, the plan is to increase shows in the aforementioned 8 cities.”

Also Read: Virat Kohli Bashes Fans For Invading Privacy As Video Of His Hotel Room Goes Viral
Moreover, Dilwale Dulhania Le Jayenge is continuously playing in Mumbai’s Maratha Mandir cinema for 27 years (except for the lockdown). The film enjoys a massive fan following and is loved to date.

This indeed is a big surprise for all the Shah Rukh Khan fans who are expressing their excitement on various social media platforms. 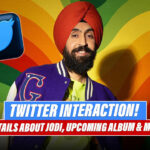 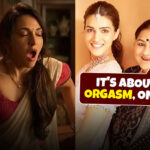