Punjabi celebrity singer, actor, model and writer Rajvir Jawanda has announced a new surprise for his fans. The artist is quite popular on social media as well, as he enjoys a total of 2 million followers on Instagram. And it is the same social media platform, where he decided to share about his upcoming project. Rajvir will be releasing his upcoming song ‘Brown Eyes’ soon and has shared the poster and some details of the song already.

While sharing the poster and announcing the project, Rajvir wrote ‘Coming Soon’ as the caption.

Talking about the details of the song, the song will be sung by Rajvir Jawanda and is penned by Pirti Silon. The music for the song is given by DJ Duster, and the music video is directed by Prince810.

The fans have started flooding the comment box under the post with comments expressing their eagerness and excitement. Some of his previous hits include songs like Sardaari, Kangani, Kamla and many more.

For now, he has not revealed the releasing date of his upcoming song ‘Brown Eye’, but if everything is done and completed, we don’t think that it will take much time for the team to release it. For now everyone is only waiting for Rajvir to announce the release date soon, so that the fans can mark the date in their calendars. 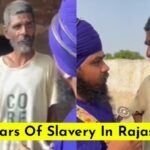 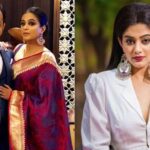