Star singer Diljit Dosanjh became a superstar with so much hardship and talents, he has brilliantly worked in punjabi music and film industry followed by Bollywood cinema. However, as we know, he is recognized as one of the leading artists in the Indian music industry. Born as Daljit in a village in the district of Jalandhar, he did his schooling from Ludhiana. His foray into the world of music began by singing Gurbani or Sikh hymns, for which he took training in Hindustani-classical music.

The star continually experimenting with new musical ideas and images, Dosanjh’s musical and performance style is the subject of analysis and review from critics. He grew up learning folk music at a very young age and his initial work reflected in his style.

When asked about who inspired him to choose music the singer replied that he hasn’t chosen the music, fortunately music chose him. He feels blessed and lucky to enter this career. Further, he revealed that he started with learning rhythm, then the theoretical and practical part of tabla followed by Harmonium and other instruments. Diljit is a master of music and it has been proven with his career.

Can You Believe That Diljit Dosanjh Doesn’t Have Any Stylist? Then Who Styles Him?

Also, Diljit feels as a learner, he learned Tumbi for the movie Phillauri and Jodi. Hence this swagger turbaned has won millions of hearts with his singing and acting. And we can surely say that his journey is truly inspiring! 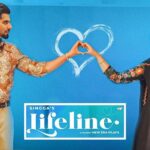 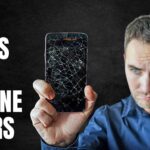