John Abraham’s career actually began with Punjabi songs. He’s worked with some of the most popular singers of the Punjabi Music Industry, Jazzy B and Hans Raj Hans. John made his on-screen debut with Jazzy B’s song ‘Surma’. Surma was released in 2000 and it’s been more than 2 decades since.

Surma was written by Jandu Littranwala and the legendary Sukshinder Shinda was the music director of the song. Jazzy B was the vocalist of the song and it was simply one of the biggest hits of its times. Bollywood actor, who was then just an ordinary man the world did not know, John Abraham also acted in the song and it was actually his first ever appearance on the screen.

Later, he went on to work with another Legendary Punjabi singer, Hans Raj Hans. The song ‘Jhanjar’, sung by Hans Raj Hans, written by Dev Kohli and music was done by Jawahar Wattal. It was another popular song of its times and was released in 2009. It marked the appearance of John Abraham once again in a Punjabi song.

John had become a hit actor in Bollywood by 2009. He had achieved success with various movies and won many awards at some of the top Bollywood award functions. Today we know what an excellent actor John Abraham is. He is known in the industry to always bring something fresh. The actor currently has Pathan, Ek Villain Returns and Satyameva Jayate 2 planned for his upcoming career. 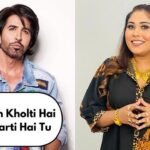 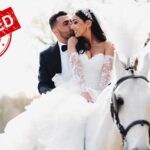